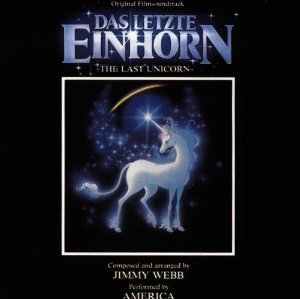 This is a very pretty case, though.
Well, I remembered I used to love listening to the Kenny Loggins version in the car, from my mom's Return to Pooh Corner cassette, so I figured that was good enough.  It really is a lovely version, with just the right mood -- deep and melancholy, but also hopeful, and those few bursts of joy.  And I like the way his tone rises in "when the future is past," instead of following the usual pattern.  It's a small thing, but for some reason it makes a difference.
Anyway, I also saw that there was a "Gregorian" version, and of course I was curious about how that would sound, thinking it was an actual group of Gregorian monks.  It's actually a German band produced by Frank Peterson of Enigma.  They choose pop and rock songs from (so far) the 80s to the early 2000's -- from "Stairway to Heaven" to "Hells Bells" (heh...see what I did there?), from "Heroes" to "Wonderwall," from Enya to U2 to Bette Midler to Metallica -- and adapt them to the Gregorian chant style.
Anyway, it was off to YouTube!


...It starts with two booming, ominous notes, like something from Phantom of the Opera... this "Last Unicorn" is going to be intense!  And then it fades to make way for a single, echoey voice that makes me think of a man standing in some silent, snowy place, calling out to whoever will hear because he's been assigned to pass along this important legend.  And then, we go into Game of Thrones/Lord of the Rings mode, with these serious drum beats accompanying the whole chorus, and you feel like you're watching some epic preparation-for-battle scene in...well, in something like Game of Thrones or Lord of the Rings.  Or in whatever imaginary movie the scene on the album cover comes from.
So that was their "Last Unicorn," which I thought was awesome.  And then I tried out their "Kiss from a Rose" (featuring Amelia Brightman), which I also thought was awesome.
And then, I found this song...


On first listen, I just thought it was very pretty -- certainly worth downloading.  That evening or maybe the next, I was under a gloom cloud and needed something gentle and pretty to listen to while I lay in bed.  And that's when "Voyage, Voyage" jumped to "OMG this is gorgeous I want it to go on forever." Kind of like "The Legend of Ashitaka" once did, only "Voyage, Voyage" didn't make me want to cry.
It's no surprise, now, that what I see in my mind while listening to the song is inspired by the YouTube video that first introduced me to it.  Why didn't I choose that video to embed here?  Because I wanted to give you a chance, if you're so inclined, to first listen without accompanying visuals.  What does the music look like to you on first listen?  Go ahead; I'll wait here, and then I'll tell you what it looks like to me.
Ready?  Ok -- to me, the deep Gregorian voices are a group of monks trekking through misty, snowy mountains.  They're on a mission and/or heading for an important location...a place of worship?  The home of an important person they need to consult, or who has called them to see him/her? Sarah Brightman's gentler, higher voice, on the other hand, has me soaring on dusty red-orange breezes, or standing in a dimly candle-lit room with an Arabian Nights sort of feel.  A royal lady's chamber?
They work wonderfully together, but I personally love the Gregorian sections more, and I wish there'd been more of that.  I could totally see myself becoming the 15-year-old lying on her bed after school, earbuds feeding her whatever music speaks to her most this week, just trying to drown out the whole stupid world for a while.
Speaking of things I think are stupid... (SEGUE! :-D) ...Christmas The Biggest Shopping Season of the Year beginning BEFORE. HALLOWEEN.  Commercials already encouraging kids to start campaigning for that Awesome Toy of the Year.  Amazon's front page highlighting holiday deals on Kindles.  Black Friday.  Black Friday Eve (also known as It's Still Thanksgiving, Guys, Seriously).
All of this is really kind of RUINING CHRISTMAS FOR ME.  It's ruining Halloween and Thanksgiving, too -- and just my overall sense of the natural progression from one season to another.  Let me have my complete fall season!  Let me think of pumpkins and cosplay and crisp air and sunset-colored leaves and maple-nut lattes and the smell of leaves burning at night.  Give these things their full lifespan instead of time-warping my mind.
/end-rant
Peace out.  Listen to Gregorian singing "My Heart Will Go On."