January 23, 2018
WARNING:  This post is NSFW (Not Safe For Work)
Another post resurrected from Insatiable Booksluts, this one a collaboration between Tess Burton of Tesscatiful and myself, a snark-tastic look at the lessons our favorite tales have taught us about sex.  Once upon a hubba hubba!
.  .  .  .  .
Originally posted at Insatiable Booksluts on April 26, 2014
How are y’all enjoying Sex Month, fellow Booksluts?  Can I get a “Hubba-hubba!”?  Tess and I (Nerija) decided to team up for today’s post, since we’re both into fairy tales.  So without further ado…


~*~*~TESS~*~*~
Long before Disney lovingly bastardized a handful of classic fairy stories, turning them into the PG versions we refer to today, fairy tales were quite literally another story. Dark, weird and intended for adults, these stories were supposed to warn adults of the ‘dangers of life’. Interestingly, people were expected to listen to the stories and decide for themselves what the lesson was. There was no wrong answer, the life lesson you took from a fairy tale was entirely your own. So while some people read Snow White and learn the lesson not to take shit from strangers, I’ll read it and learn that there is such a thing as a fucking pointless princess.

My God, this chick is an airhead.
So as it is Sex Month here on Insatiable Booksluts, I took it upon myself to compile my favourite sex lessons learned from fairy tales. These lessons have shaped me into the person I am today, and I am proud to share them with you right now, hoping you have all learned equally as important lessons from these masterpieces. Fair warning, hints of sarcasm may occur throughout.


Lesson The First: Your incapacitated body is not safe from Men
It is shocking how many kings and princes turn out to be sex pests of the unconscious or deceased. Poor Snow White, as pointless as she may be, did not deserve to have her lifeless meatsuit hauled away by Prince Not-So-Charming for him to have his way with her. And poor Sleeping Beauty never did anything to (or for, for that matter) anyone, and certainly didn’t deserve to wake up from a sleeping curse to find out she slept through rape, pregnancy and childbirth. They just can’t fucking help themselves:


As he contemplated her many charms, he suddenly felt his blood course hotly through his veins. The prince lifted her in his arms and carried her to a bed, whereon he gathered the first fruits of love while she slept on. When he was through, he left the princess, and returned to his own kingdom, where, in the pressing business of his realm, he thought no more of the incident.

I learned my lesson: men are sex fiends, so I can never risk falling asleep. Anywhere. Or dying for that matter. However…


Lesson The Second: Rape is totally cool as long as you marry the girl afterwards
‘Snow White’ taught me that if you wake up to a much older (yet princely and rich) man carrying you away, he is totally legit. ‘Sleeping Beauty’ taught me that it’s totally fine to marry the (already married) king that raped and impregnated you when you were out cold. And then burn the king’s ex to death, obviously. ‘Beauty and the Beast’ taught me that fifty ‘no’s’ and one ‘yes’ means yes. Because if you’re locked away with a hideous man-beast, you’ll just learn to love your situation in the end.


Lesson The Third: Use sex as a weapon
If you happen to be crazy and for some reason you don’t want to find true love by the means of date rape and instant pregnancy, there are some things you can do to avoid that fate. Really old versions of ‘Little Red Riding Hood’ depict her performing a striptease for the wolf in order to “distract him” before her escape. Results may vary, as this tactic may only work if the predator in question is not one of a sexual nature and just wants to eat you. Still, bestiality though, apparently that’s cool.


Lesson The Fourth: Premarital sex is great, but bad luck may happen
If you happen to find yourself in an apparently rare situation where consensual sex is happening, it’s fine if you’re not married yet, just FYI. ‘Hans Dumm’ is about a man who impregnates a princess simply by wishing it – which is completely cool with everyone – and in ‘The Frog King’ a princess spends the night with her suitor once he turns into a handsome bachelor just because you have to really, don’t you? I guess sometimes women can’t help themselves either. It’s not all fun and games though, as when Rapunzel and her prince have sexy times shortly after meeting, the prince gets thrown from the window by the wicked witch and blinded by the thorns below. Rapunzel is left knocked up and alone for years until she finds her prince again (whose blindness is cured by her tears and they didn’t think to bottle that shit and sell it). The moral is: if you do indulge in some totally awesome premarital sex and your mister leaves you high and dry it’s totally not his fault. He just got blinded by a witch and couldn’t find his way back.

Not a bad guy, just incompetent. Awwww.
This may be all that I’ve learned so far, but the lovely miss Nerija has plenty more for you. She’s compiled some Morals for Modern Folk from Five Kinky Adaptations and you definitely cannot miss it… 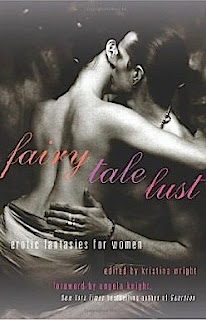 The subtitle says “for Women,” but I’m certain these lessons can apply to the menfolk as well.

Lesson the First: If at first you don’t succeed . . .
Now, the original Goldilocks didn’t need any help in the perseverance department; it’s the not-using-other-people’s-stuff-without-their-permission thing she needs to work on.  The protagonist of Jeremy Edwards’ “Gildi and the Unwieldy, Ineffectual Committee of Bears” is a bit more savvy on social etiquette, and knows the importance of asking nicely — even in the most awkward/frustrating situations.  Like when you’re traveling, and there’s been a mix-up with your lodgings, and you really just want to borrow someone’s bed because right now you’re in desperate need of some…er…self-administered stress-relief (not that you’d tell your prospective hosts that, of course).  Just don’t get discouraged; you know what they say — patience makes the…uh…heart…grow hornier.  Yeah, heart…  ^_^;;


Lesson the Second: Sometimes it’s okay to get a little . . . artificial help
The original story of the Gingerbread Man taught us that trying to make artificial intelligence out of cookie dough just isn’t worth it.  Carol Hassler’s same-titled adaptation, on the other hand, suggests that Dr. Frankenstein was onto something.  If only he’d used gingerbread dough instead of dead body parts, the result would’ve been much sexier.  Because who doesn’t want to get it on with a man who smells like cinnamon and sugar?


Lesson the Third:  Don’t be afraid to get
creative
When faced with a highly unusual challenge (say, untangling a princess from some magic knife-resistant vines that would kill you if you touch them), you really need to use your head, says Justine Elyot in “Three Times.”  I mean, really use your head…ifyaknowwhatImean… 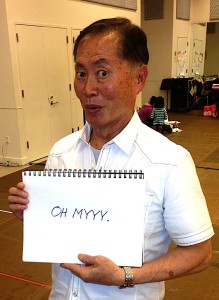 Lesson the Fourth: Be careful what you wish for
Looking for the man who won’t flinch from your wildest sexual fantasies? Tread carefully, says Andrea Dale in “How the Little Mermaid Got Her Tail Back”: Mr. Right may have an even more twisted mind than you do.  Okay with the idea of a giant fish tank, a dildo-concealing mermaid tail, and audience participation?  Then congratulations — you two will live very happily ever after.

Lesson the Fifth: Inner peace is the key to truly mind-blowing sex
Finally, as Aurelia T. Evans shows in “Frosted Glass,” one must let go of worldly concerns to reach true sexual nirvana.  Just look at the Snow Queen — you’d be surprised how much passion hides behind that cool exterior.  Trust me; if you’re ever lucky enough to hook up with her, she’ll show you just how hot ice can be.

THE OVERALL MESSAGE:  Let it gooo! Let it goooooo…
Everyone turn to your inner kinky fox and say hello.  There you go, that’s nice.  Now, set that bad girl/boy free and let it run wild!  Run free, you sexy beast, you!

Disclaimer:  I will not be held responsible for the consequences if you do, in fact, set that bad girl/boy free.

Anyhoo.  If you do make it through this book without running out of brain bleach, there’s a sequel called Lustfully Ever After.  Just, y’know, in case you’re curious…

February 20, 2018
WARNING:  This post is NSFW (Not Safe For Work) In the past eight years, I've reviewed plenty of amazing books, less-than-amazing books, really-kind-of-terrible books, and just-plain-meh books.  The reading experience has been a mixed bag of awesomeness and problems, but there was always something in each book that kept me going, whether it was the likable-enough characters, the plot that hooked me, or the world-building that made me want to stay in that setting just a little while longer. But an inevitable part of any reader's life is the DNF pile -- the books they simply Did Not Finish.  The books that were so ridiculous, or so problematic, or so put-down-able, that you simply can't stubborn your way through them.  Normally, I don't give those books a second thought after I've returned them to the library or sold them back to Half Price, but you know what?  It's time to give a shout out to my DNF pile -- at least the most recent/memorable ones from the adu
Post a Comment
Read more